Our first year saw 13 rovers and 3 aerial vehicles. Of them, 8 rovers ended up competing (stuff always breaks at the last minute) and one UAV ended up in a very tall tree. The fire department got involved.

Being the first AVC ever this event was highly experimental. Nobody really knew what to expect. Much was learned by staff and competitors alike. Many competitors returned in 2010 armed with knowledge and experience.

As everyone adjourned to the Dark Horse for a beer at the day's end it was clear: the AVC would grow and thrive in the years to come. 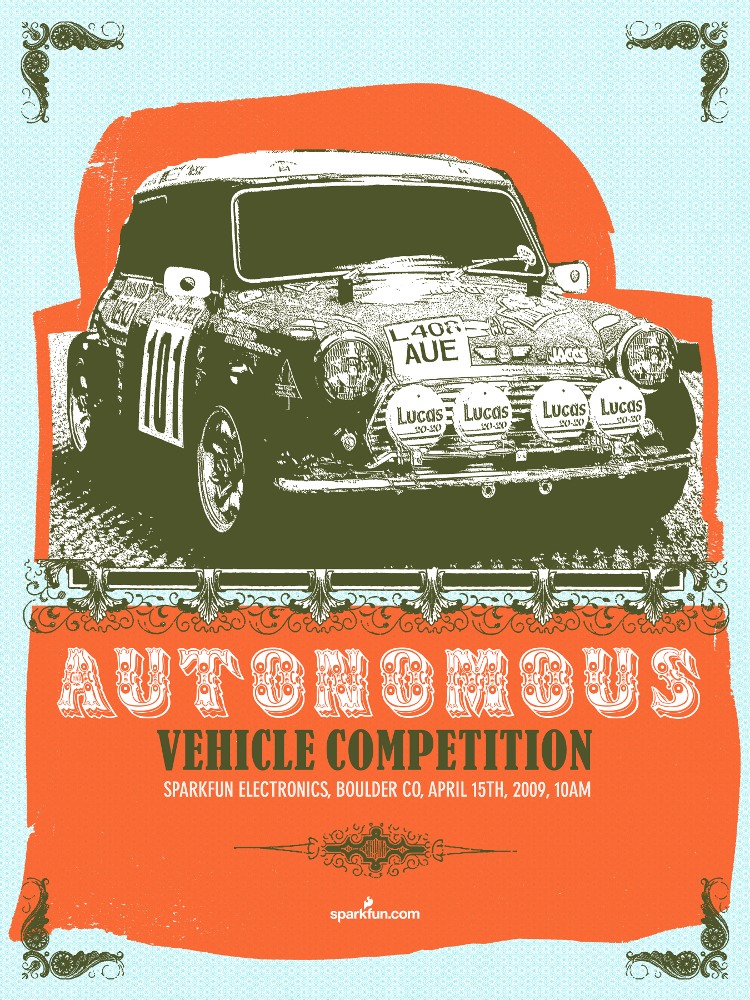 All Vehicles (Air and ground competed together in 2009)

*Only two teams completed the circuit so third place went to the team that made it the farthest around the building without finishing. Team Rad executed three of four turns before crashing into a curb.